Posted by Barkibu editors on 2019-04-10
Our team is formed for veterinarians, ethologists, and animal health content experts.

The differences between a German Shepherd and a Belgian Shepherd are more than evident for lovers of the breed, but not everyone sees them at first sight. Perhaps because both races are work dogs that are used at the service of the police, firemen, or armies around the world.

However, there are physical differences between a German Shepherd and a Belgian Shepherd, as well as behavior, health problems, and energy levels.

Characteristics of the Belgian Shepherd and Malinois 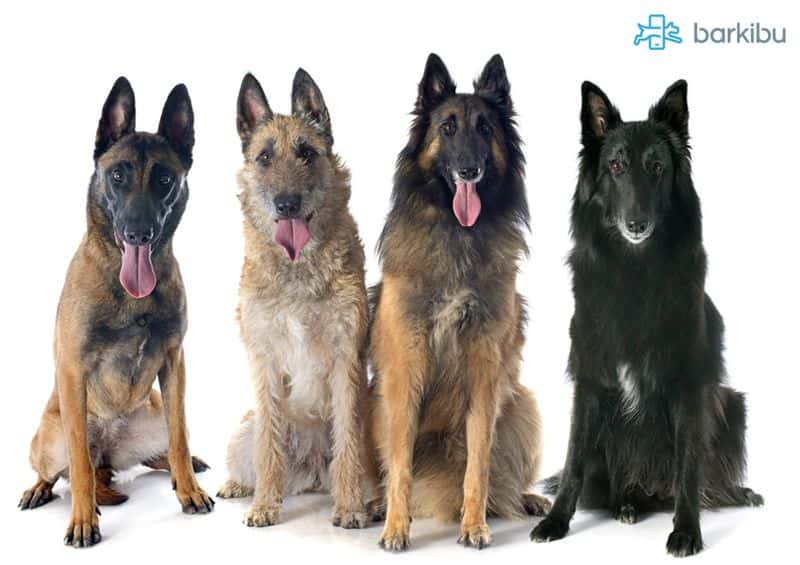 All Belgian shepherds, regardless of their variant, are generally healthy dogs that live between 12 and 16 years.

The Belgian Shepherd malinois breed is characterized by having short hair. It is a very energetic dog that is normally used for work with explosives, as well as other police or military activities.

It is a little rough and moodier dog, which matures later (between 3 and 5 years). All this, together with his tremendous energy, make correct socialization and education very important.
The malinois is a protective dog, but not aggressive. However, he may be fierce with strangers.

Because of their energy and strength, it is not recommended to have them on artificial floors and special attention should be applied if there are children, especially if they are small, as they could hit them unintentionally. It is not a dog that likes to be alone.

The malinois has five standard colors: beige, saber beige, mahogany, red and saber red. The breed standard also accepts that it has a black mask.

The Belgian Shepherd tervueren has long hair and is a bit more independent than the malinois. The tervueren are also working dogs, which are used especially for tracking tasks.

The standard of the race allows two colors: beige and black, and mahogany and black.

Characteristics of the German Shepherd 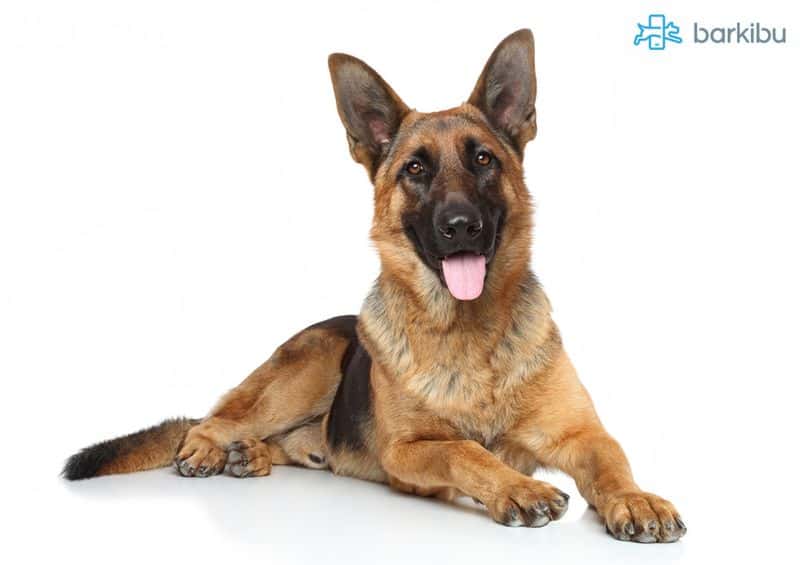 The German Shepherd is a working dog that can adapt to a multitude of situations. They are agile and muscular, noble and with great intelligence.

It is a dog that is distinguished mainly by his character: brave, loyal, and able to learn different services (used for both police dog and assistance dog tasks). For all this, he has become one of the most popular and known races in the world, and appear on many series or movies (Rin Tin Tin, Rex, I am Legend, Super Agent K9).

The German Shepherd is an ideal dog for families and also as a guard dog. He gets along very well with children and other pets, and it is especially easy to educate.

Despite being family dogs, German Shepherds are "one man" (or women) dogs. They establish a special bond with their owner or primary caregiver, and do not like to spend time apart from him or her.

The standard of the race allows up to eleven different colors: two-color, black, black and cream, black and red, black and silver, black and toast, blue, gray, liver, saber and white.
German shepherds suffer from hip and elbow dysplasia, and their life expectancy ranges from 9 to 12 years.

Differences between a German Shepherd and a Belgian Shepherd 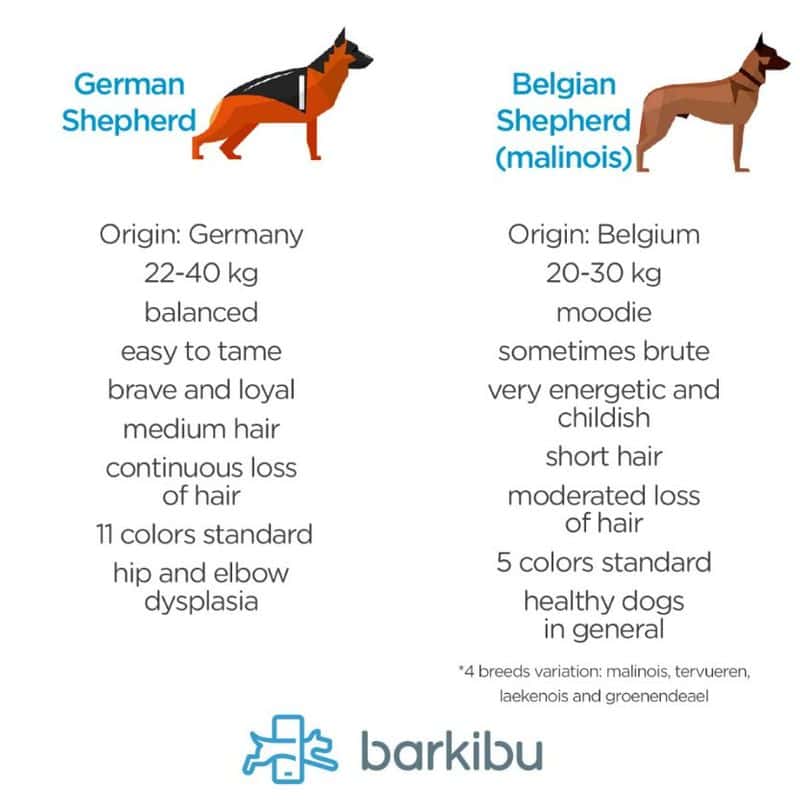