Posted by Barkibu editors on 2018-11-14
Our team is formed for veterinarians, ethologists, and animal health content experts.

Christmas is coming and with it one of the biggest problems faced by dogs, cats and other animals: The indiscriminate breeding of them to be sold in these dates. Sure you already know about it, but there a mafia of breeders that enclose the females in rooms without any hygiene, making them deliver without stopping until they are exhausted and are, then, slaughtered.

The puppies do not have much more luck, because they do not receive vaccines, are crammed into containers and sent to any part of the world in which there is a buyer. These mafias exist not only in Spain but throughout the world. In that country, animal trafficking is the second of the illegal businesses that mobilize the more money, including in this group is also the marketing with exotic and protected animals, but there also have been cases around the world which are quite alarming.

Adopting a dog vs buying from a breeder

Reading El País tells that in the year 2016, in North Carolina, an individual was found who had locked up in his house more than 100 dogs in wire cages for the purpose of selling them. Returning to Spain, in Burgos, without going any further, the civil guard has arrested a woman selling dogs over the internet without any type of license and without giving health guarantees. Because of this, there are many cases of dogs that arrive at their new home without strengths, with a breath of life, full of parasites and sick, dying shortly after leaving the package in which they were sent.

Why this situation happens and will continue to happen? In Spain it is legal to sell animals by the internet, being considered a legal economic activity, so that we can only sue those who do it when we know that such activity is not paying taxes for it, selling animals between individuals as it is not considered a company, what is considered illegal. The law also protects, unfortunately, those that purchase in shops.

In the year 2016, an attempt was made in Madrid, through an act, which the sale of dogs and cats were to occur without the physical presence of the same in the shops. This doesn't help either in reality, as few is known about if they meet certain conditions of hygiene or if the animals are treated as objects, both by vendors and as well by the people who buy them.

Difference between adopting and buying a dog

We know why this happens: the illegal dog breeding and sale is a multi-million dollar business. In the year 2015 a bill was introduced just to try to avoid it, but eventually it became mere guidelines and tips for breeders. To know that so many people treat dogs and cats as if they were 'things' makes one understand why, in the last year, more than 130,000 animals were abandoned. How many of these do you believe that might have been purchased at Christmas and gifted as an object? How many have been abandoned to proof that a dog is not a junk, it is a responsibility?

Now we approach these dates, Christmas will be back and also shops full of puppies also will, as well as the internet being fraught with offers, a situation that many want to eradicate. If the law does nothing to solve this problem, what is the solution? It is a very simple one: not to buy, adopt. Live in a capitalist society teaches us that no one sells something that nobody wants to buy. The day on which the demand ceases, thanks to the awareness, the illegal sales will also end. 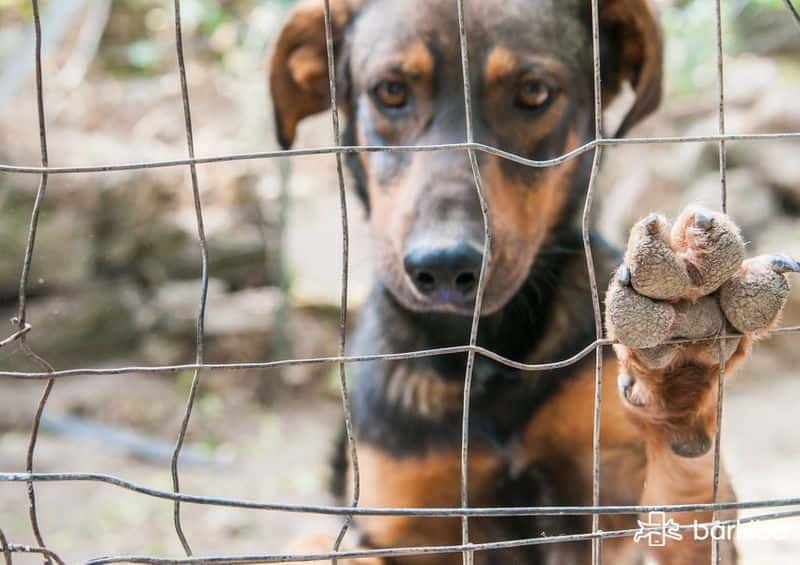 Benefits of adopting a pet from a shelter

We do not want to depress you with this article, what we want is to encourage you to add to this cause, because it can provide us with a result. We read that in Palma, in the association Son Reus cases of adoption have increased by 60% in comparison with the past period. In europapress they devote an article to tell that the abandonment has fallen by 28% over the past year. There is hope.

Although the sanctions are ridiculous and bitches are forced to give birth continuously, the social awareness is on the increase and the penalties for animal abuse are being hardened. The civil guard fines and arrests more and more criminals who trade with the lives of the fury and we are more motivated to report, to put an end to the sale of animals and save them of so much pain.

That is why we encourage you not to buy a dog, to adopt one, but not only that. If this Christmas you know someone who tells you that he wants to buy a dog, present him another option, _give him the phone number of the animal shelter of your city and collaborate to convert a purchase into an adoption. _