Cats Belong To The House, Not To The People

Posted by Barkibu editors on 2016-07-28
Our team is formed for veterinarians, ethologists, and animal health content experts.

Maybe you heard this before. It basically means that dogs always follow their family, while cats sometimes prefer to stay in the house, even if the family moves away. In fact, a recent study has shown that cats don't need their owners to feel safe.

But it's not that simple...

Lots of people tend to believe this. An example is Larry the Cat. After Brexit and David Cameron's resignation, the ex Prime Minister announced that the famous cat will remain in Downing Street, instead of leaving with the Cameron family.

Sadly I cannot take Larry with me, he belongs to the house 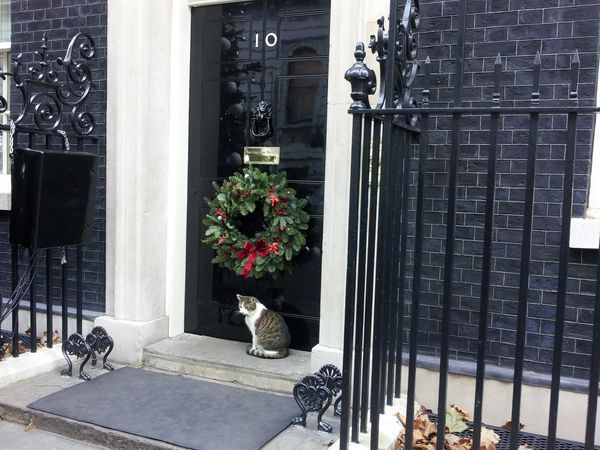 Why do people think this? Is it true that cats prefer to stay in a place, instead of leaving with their family?

To answer these questions, we'll look to cat's nature.

First of all, cats tend to be independent and they only live in groups when there are enough resources in the area. Males are specially solitary and territorial.

These characteristics might explain why a cat would want to stay in a place rather than leaving with his family. Specially if the cat had an outdoor life, being able to go out of the house as he pleased.

Under those conditions, cats only go back to the house for food and rest, but they usually spend the rest of the time outside, walking around the neighborhood (their territory), looking for female cats, hunting...

Dogs are the opposite. They need to live in a pack. And for many dogs, their human family is the only pack they have. And they were domesticated long before cats. That's why when the family moves away, the dog will alway go with them.

That said, not everything is black or white.

Those who live with a cat know that cats can be also attached to their owners. In fact, the same study that says cats don't need their owners to feel safe, also suggests that, despite that, there is a bond.

When cats are 7-9 weeks old, they start socializing and it's then when they will get used to all types of stimuli, including human contact. The relationship between a cat and his owner will never be the same that between a dog and his owner, but in those cases, when they are used to human contact from an early age, the cat will always prefer to go with their owners.

Of course, cat lovers would never leave behind their furry friend.

Larry arrived to Downing Street at 4 years old when Cameron was already living there, but he is an outdoor cat. In fact, he arrived there to get ride of rats, so he spends his days hunting around the famous residence. And as Cameron said, he loves Larry, but the staff also loves him, and let's be honest: they are probably the ones taking care of Larry after all. They real family.

However, once thing must be clear: that should never been an excuse to abandone a cat if you cannot (or don't want to) keep taking care of him.

Tips Behaviour Dogs Cats cats behavior
Facebook
Twitter
Ask doubts for free
Need help?
Ask doubts for free
Categories
preguntas news behaviour tips health nutrition
others cats rodents birds reptiles dogs
Latest posts
Barkibu raises $5.6M for its AI-driven veterinary platform offering hyper-personalized remote health care for pets
Liver problems in older dogs - Life expectancy, treatment, and diet
How can i help my dog with allergies? How to treat them at home?
My dog is suddenly scared of me and shaking, why?
How to get my older dog to accept the new puppy. He hates him!
This website uses cookies to deliver its services as described in our Cookie Policy. By using this website, you agree to the use of cookies.