Differences between a cocker and a springer spaniel as family pet

Posted by Barkibu editors on 2019-04-26
Our team is formed for veterinarians, ethologists, and animal health content experts.

The cocker and the springer are two very similar dog breeds and that can sometimes be confused. Both belong to the spaniel group and are excellent companions, docile, cheerful, and very active.

If you are thinking about adopting one of the two, we will show you below the differences and peculiarities of each of these breeds.But one thing is for sure: both of them are wonderful as a family pet.

Characteristics of the cocker spaniel

If you decide to add a Cocker in your life, you should know that he is a docile, affectionate, and very active dog. For him, it isn't enough to go on a short walk so he can poop and pee (actually this applies to other doggies), you have to give him time and make him run until he spends all his energy; which is a lot! 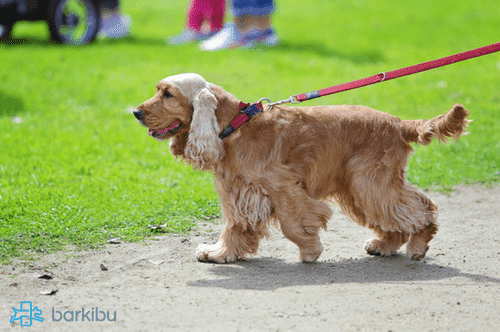 The cocker is characterized by having a good-natured face who steals the heart of anyone. But beware; everything that glitters is not gold, because his reputation as dominant is quite true. For this reason, it is important to be firm when it comes to educating this type of dog, to avoid problems of socialization in the future.

Are you looking for the best family pet?

As for the physique, the cocker has semi-long and wavy hair, denser in the area of the ears, which hang on each side of the face, providing him that adorable look. They can be black, golden, dark brown, and gray with a multitude of nuances.

This class of dogs is prone to suffer blindness or eye problems as they get older. The ears are also another of his weak points, because having long ears and, sometimes, dragging them along the ground, makes ear infections easier to appear.

Characteristics of the springer spaniel

The springer spaniel is cheerful, intelligent, and very playful. The origin of his name, springer, comes from the word "spring" (jump) because, when they hunt, they have the habit of jumping on their prey. 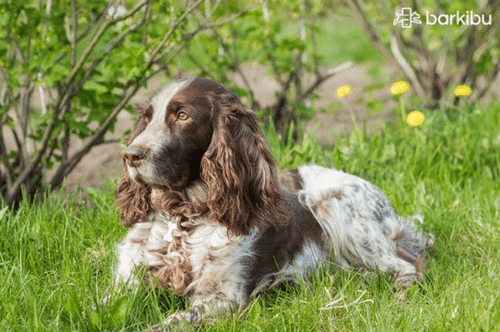 They are docile dogs, easy to train, perfect for children, and as family dogs, because they are very affectionate. Now, if what you're looking for is a guard dog, the springer spaniel is not for you. He is extremely sociable, the only way he would attack a stranger who tried to enter your house would be to drown him with licking.

His hair is semi-long and wavy, like the cocker, but he is taller and bigger. As for colors, he is more limited; he can be white and black or white and dark brown (liver).

The springer is a dog that needs to do enough exercise every day, since they usually have problems of overweight and obesity. They tend to have hip dysplasia and, like the cocker, ear infections and eye problems.

Both breeds belong to the group of spaniel, which includes breeds of medium and small dogs, with wavy hair and large ears. Both the cocker and the springer are originally from England and were used to hunt birds.

Both the cocker spaniel and the springer spaniel are excellent breeds to adopt; highly desirable. The two adapt perfectly to family life and are very affectionate. If you like to take long walks in the countryside and you have children, the springer can be a good option since he is a dog that needs to go out a lot, until his batteries are exhausted, just like children. If you opt for the cocker, you will take home a cheerful and sweet dog, whose little eyes you will never get tired of looking.