Dog vomiting blood and mucus but acting normal - What to do

Posted by Barkibu editors on 2018-12-14
Our team is formed for veterinarians, ethologists, and animal health content experts.

Does your dog vomit blood with drooling and foam? Does he also have diarrhea? If this is happening you have to act with urgency, because if he vomits and defecates blood he can even die. Anyway, we do not want to alarm you. On some occasions, this blood is due to a small wound in the mouth or stomach. It is not always for something serious, but yes, it is common that it is so.

You can make all your queries without commitment. Our online veterinarians will explain why your dog is vomiting blood, but, again, if he ejects by his mouth a dark brown liquid, do not look for something to give him, go straight to the nearest specialist. 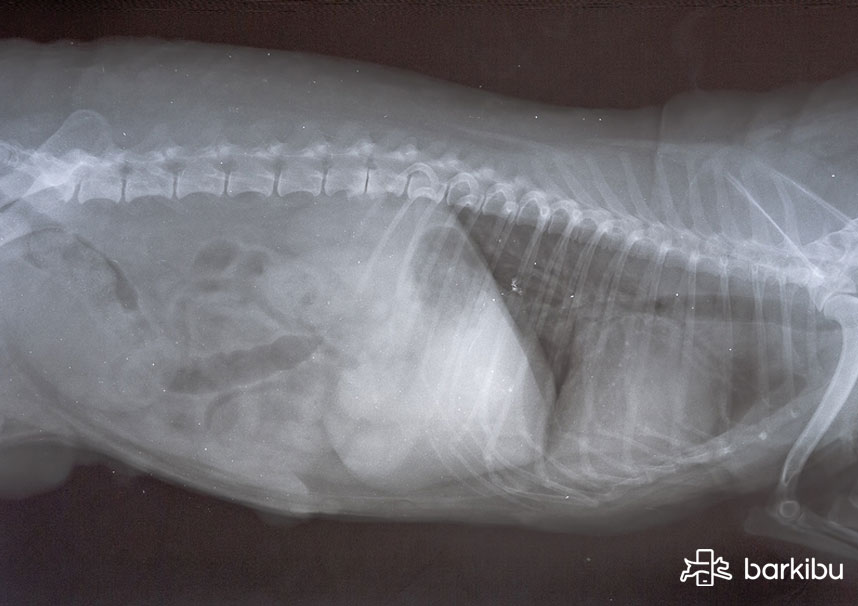 Specks of blood in dog vomit

We say this because vomiting with blood can make him become dehydrated very fast, especially if it happens altogether with diarrhea. If you stay still at home without doing anything, your dog might die, and you do not want that. This is especially worrying if we are talking about puppies. At this age, they still do not have the mature immune system, so any infection, injury or illness he suffers can cost him his life.

The same applies to elderly dogs. A doggie which is already very big tends to suffer from cancer. With the advance of medicine, pets live longer, but are more likely to have tumors. If he vomits blood because of one of them and you do not bring him to the vet, you also run the risk of him dying by being weak.

Returning to the puppies, there is a disease which, unfortunately, ends with the life of many of them. We are talking about the canine parvovirus. This condition occurs because of a virus that usually stays in his gastric system. From there, it causes damage causing him to vomit blood. If you see him lethargic, thin and the blood in his depositions, rush to the veterinarian.

The battle against the parvovirus will be hard. We will test the quality of the feeding you have given him until then, the state of his immune system and his strength. Little by little, he will improve if he responds well to the treatment until he recovers completely. But for that everything to go well, you will have to go to the vet as soon as possible.

Dog throwing up bile with red spots. What to give him?

It isn't always a case of a fulminant illness such as parvovirus. In some cases, we will be faced with an ulcer or irritation in his stomach.__ If you do not pay attention to what he brings to his mouth__, it can happen that he swallows a twig or something worse.

When it gets to his stomach or intestines it will make a wound that would produce blood. While vomiting, he will expel it. If the wound is small, it will heal by itself, but if it is a bit large, it can cause a large bleeding that can make him become dehydrated and what is worse: cause a strong internal infection that ends up killing him. It is therefore very important that if he bleeds through the mouth do not use any remedy and go to see the vet.

What the specialist will do is to look inside to find the wound, determining its size, severity, and how to proceed. On other occasions, the problem is not that he swallowed a harmful object, is that he had something toxic. The chocolate in excess or a poison can do a lot of damage, vomiting and even make him bleed. 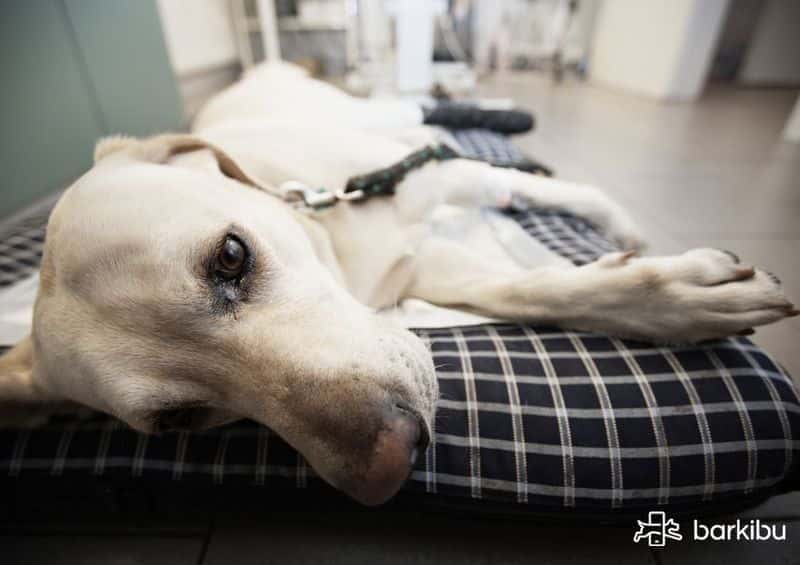 My dog vomited blood before death

Sadly, many dogs go through very violent episodes in which they vomit blood and have very profuse diarrhea. These will make him lose all the fluids of his body and die very fast. On other occasions, this bleeding is not as strong, but it is a symptom of something bad that is happening in his interior.

We are talking about the vomiting of blood in dogs caused by a tumor. This is one of the symptoms characteristic of this disease. Fortunately, canine medicine has advanced a lot during these years, so a dog that has cancer can continue to live if he is in a good general health and is treated in time.

The symptoms of cancer, in addition to this bleeding, are a general weakening, excessive weight loss, moodiness, depression, and loss of appetite. If this adds to the fact it has vomited blood it is very possible that we are talking about cancer. However, as we said at the beginning of this article, it is not always that your dog spitting blood is something serious. Sometimes the blood comes from a wound in the mouth, but it is always better to prevent than to regret it later.