Heat in female dogs - 6 questions and tips about dog season

Posted by Barkibu editors on 2018-09-20
Our team is formed for veterinarians, ethologists, and animal health content experts.

The heat of female dogs usually occurs twice a year. The cycle between these heats is called the estrous cycle, and the technical word for heat is estrus. 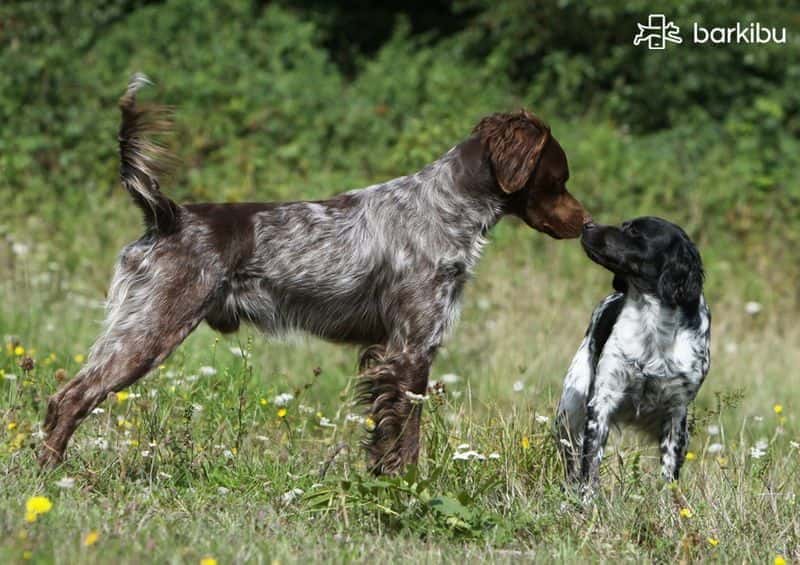 How to tell if a dog is in heat? During heat, female dogs experience a series of physical and behavioral changes that we can note:

The main difference between animal females and women is that in the animal kingdom there is no menstruation. The bleeding that female dogs have has little to do with menstruation, as it implies something completely different. Normally, women are more likely to become pregnant before menstruation, while in female dogs this occurs after the bleeding.

2. When do female dogs have their first heat?

It depends on the size of the dog when she is considered an adult. Only a fully developed female shall enter into heat, and females of large and giant breeds enter later. Depending on her size, female dogs reach sexual maturity between 6 and 18 months.

Things like daylight hours, the presence of other females, etc. also affect that.

3. What are the phases of female dogs' heat?

The estrous cycle, or the heat of the female dogs, has different phases. During the phases of heat, we will see that the dog is more affectionate and shown herself more receptive to males, she puts her tail sideways and sometimes her back stiffs.

How do i know when my dog has finished her season? - Anoestrus

The Anoestrus is the resting phase. The duration is very different according to the dog. It is more common that it lasts about 4 months. In this phase the ovaries of the dog will be at rest and sex hormones at low levels (basal). It is the ideal time to neuter a female, as it will mean fewer hormonal changes and less traumatic surgery.

4. How many heats a female dog has in a year?

It is normal that a dog enters heat twice a year. It is not uncommon to find dogs that have heat only one time a year or that has three and up to four heats in a year.

Female dogs do not have menopause, they will continue to have heats over their entire life. The only difference is that, with age, some may have subtle heats. 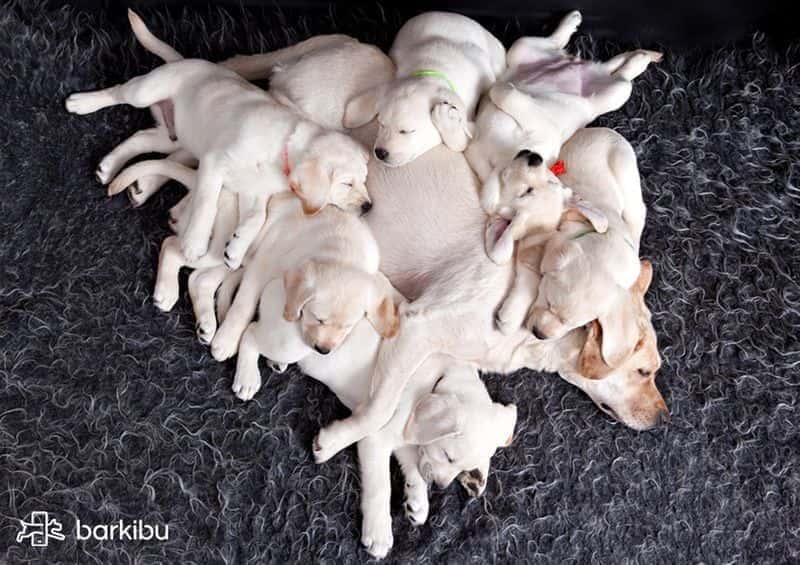 5. When can a female dog get pregnant?

It is normal that the female allows being mounted for a very little time (a few days), just at the time that the probability of becoming pregnant is at maximum. The moment of maximum risk is when she decreases the bleeding until it disappears.

During this period in which dogs have special interest in a female, it is very important not to let your guard down. Even if the moment where the female allows to be mounted has already passed, it is possible that another particularly insistent dog manages to get her pregnant. It is better not to blindly trust only at the heat stages.

6. What is false pregnancy?

False pregnancy or pseudo-pregnancy is a process by which female dogs (and wolves) that have not been pregnant after the heat might begin to produce milk to take care of the cubs of other females. It is common for females who hunt to be the ones that reproduce, but not the ones who takes care of the litter.

Female dogs have changed a lot since the first wolves were selected and evolved. Even so, females kept the ability to breastfeed and raise the puppies of another female.

A false pregnancy in a not-natural situation becomes very frustrating for the female and her owners. By not having puppies, neither her owns nor from other females, the dog will seek to adopt soft toys, she won't want to go out or exercise, and will behave very strange. If the behavior changes are very serious, it can be treated with a hormonal treatment for false pregnancies.

The fact that the milk is not being removed by the cubs, it may cause the breasts to become swollen and infected (mastitis). This is a serious problem that must be solved by all means.

What to do when your dog is in heat?