Can´t your dog poop, cries and groans in protest for not being able to do it? A dog would have to be able to defecate between one to two times a day, this process has to occur without pain and in a way that is fluid and constant throughout the week. As a PetLover, you know how important it is to check the feces of your furry friend regularly; it is worrying when he has diarrhea, but what to do if he suffers from constipation? What do you have to know and how to act? 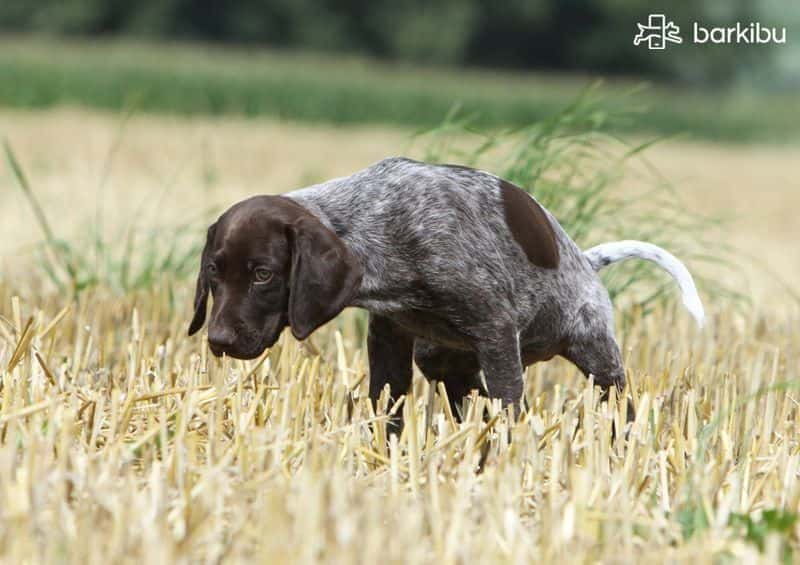 My dog can´t poop, what should I do?

There are three reasons why your dog cannot poop. The most common of all is that he doesn't drink enough water. It works the same way with humans, we need to drink about two liters a day for all of our evacuation, digestive and metabolic functionalities to act normally, so your friend also needs it to process properly everything he eats.

Calculating how much water your dog needs, unless your vet has told you otherwise, forget about estimating it based on his weight. The only thing you have to worry about is that he always have fresh, clean water at his disposal. Don't keep his drinking bowl with the same water for two days in a row, change it regularly and clean the recipient to avoid your pet swallowing some germs.

The other two reasons why your dog is constipated and can´t poop are more worrying. He may have suffered an injury or be suffering from the consequences of a surgery. If that’s the reason, that anomaly is blocking the exit of the excrements, causing a lot of pain. It’s also possible that he swallowed something or has a foreign body, a cyst or tumor obstructing the expulsion of feces.

My dog can´t poop and is in pain

If your dog doesn't poop in one day, don't worry. As long as he has not gone through a surgical intervention, or that there has been no physical blow or he has not swallowed anything weird, you don't have to be alarmed; this actually proves he needs to drink more water.

If he spends two or three days in the same condition, now you have to start worrying. If you have come to this article, chances are that your doggy is in this painful situation because here is when he starts to complain.

You will know that he has a problem of constipation if he protests when attempting to defecate, if he licks at the rear of his body, such as trying to pull something out of there, he squirms and even if his abdomen swells a little. You will also see that he tries to force it, but it won't budge, which can even produce some small fissure with all that effort.

It's possible that he makes a bit of poop in those days in which he’s constipated, but go and look how he’s done it; is the poop dry, did it hurt to expel it? It probably means he’s still constipated even though he’s been able to pull something out this time. What could be happening to him? What should you do?

Dog can´t poop - Home Remedies, are there any?

No, and absolutely NO. If it has been three days and your dog is still constipated then surely we have a problem which should be treated as such; your dog’s intestines are suffering and you have to discover why. If the situation is extended in time, the cause that is preventing the animal from having a bowel movement is in fact a tumor. We do not say that it is always going to be this diagnosis, because it is not something common. The most common is that the animal is not drinking enough water or he has swallowed something, but you have to keep also this possibility in mind.

But imagine something like this: you read online somewhere that if your dog is constipated, you have to give him an enema of Coke (yes, seriously, there are people who propose this as a home remedy), and you go and do it, or you give him some laxatives without prescription and then it turns out that what your dog has is a tumor or another severe health problem, and the only thing you will accomplish with this supposed home remedies is to make the animal suffer unnecessarily and delaying the correct treatment.

That is why, whenever your dog doesn’t do a bowel movement for the whole day, you have to give him more water and change his dry diet for a wet one. If it passes two or three days without any poop, post a question to our online veterinarians. If it has already passed half a week, visit your veterinarian with urgency.

Since 200€ per year. Discover the insurance you deserve!