What causes ear mites in dogs? How do dogs get them?

Posted by Barkibu editors on 2019-03-13
Our team is formed for veterinarians, ethologists, and animal health content experts.

If your dog scratches his ears and has a brown discharge, he may have mites in its ears.
Mites are very tiny arachnids that can only be seen with a magnifying glass or microscope. They are also the cause of scabies in both animals and people. 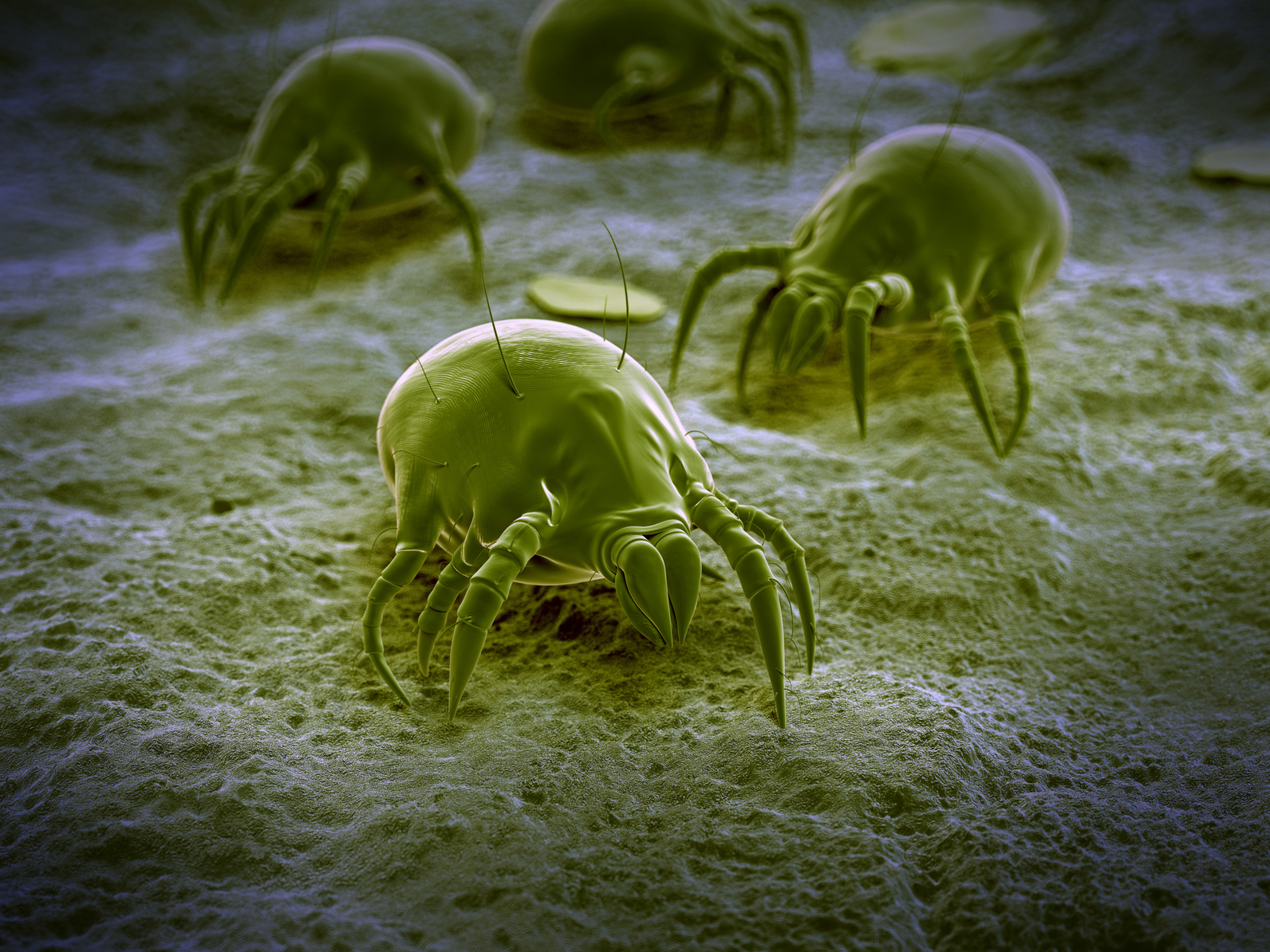 How do I know my dog has mites in his ears?

The ear problems in dogs can be due to different causes:

The most common is that the problems combine.

The symptoms are the same whatever the cause:

A clue to know if it is about mites and not another problem is the ear discharge. In the case of mites in the ears, the dog usually has a blackish-brown discharge, such as brown wax. It is not liquid or smelly, which would indicate an infection. There may also be brown scabs on the ears.

Is it serious if my dog has mites in his ears?

Mites themselves should not cause major problems, but it is true that there are very allergic dogs that can have generalized problems because they react to mites very strongly.

There may be bruises or injuries on the ears (otohematomas) secondary to shaking and scratching. The problem is that the blood vessels in the ear break and the blood fills it up like a bag. The blood is not easily removed as it would occur in other areas of the body, and in most cases it is necessary to perform surgery to fix it.

The puppies are those that have more infestations by mites. The most common is that this problem goes from the mother to the puppies. Contact between dogs can cause mites to travel from one to the other and they can even live outside the ear. It can also happen to other animals such as cats, but luckily they do not infect people.

How are ear mites diagnosed in dogs?

It can simply be done by using an otoscope. This device consists of a cone with a magnifying glass and a light source. Veterinarians use an otoscope that is somewhat different from that of people because the canal is much longer and curved, but they are very similar. When we look through the otoscope, you can see small clear spots moving through the canal.

The other way to verify it is with the microscope. A sample of cerumen will be taken and Lugol, a chemical product, will be used to fix it and look at it under a microscope. This way we can see and identify the mite.

We must bear in mind that the fact that no mites appear with the naked eye does not mean that the dog is free of them. Sometimes, the ear canal is so swollen or dirty that you cannot see if there are mites or not.

If it is suspected that the dog has other problems (allergies, infections), it will be evaluated if it is necessary to do more tests.

In general, dogs with low defenses or with severe allergic problems have more mite problems and this may justify the veterinarian's recommendation to perform a complete analysis or other tests. 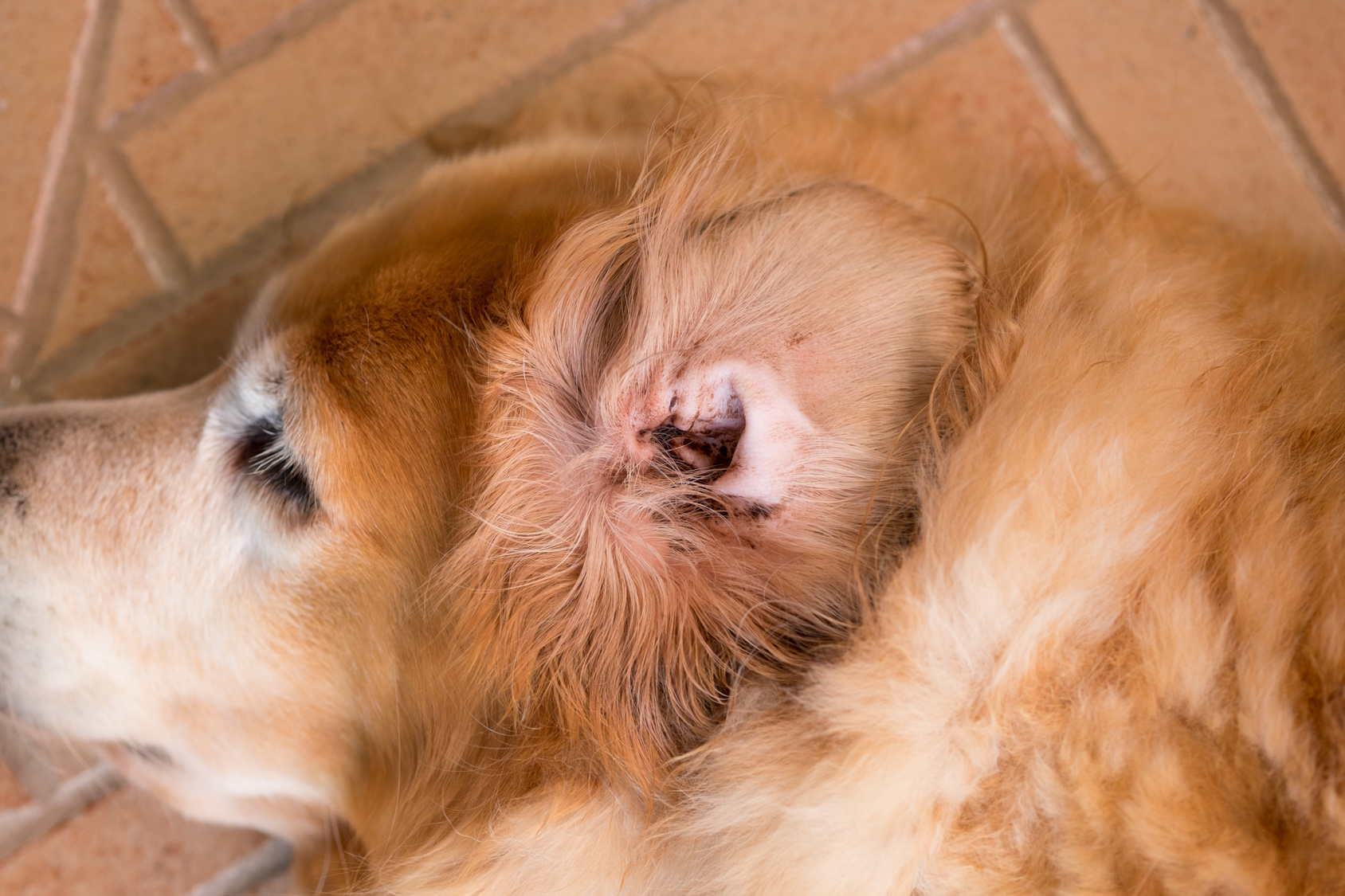 What is the treatment of mites in the ears?

Any treatment should be recommended by a veterinarian, so it is important to go to the clinic as soon as we suspect that the dog can have mites on the ears.

Ear drops to treat ear mites can cause serious problems if the eardrum is damaged. In addition, many treatments that are used against mites are dangerous for collie dogs. If a good diagnosis has not been made, we can treat what is not happening or, worse, leave a serious problem untreated.

There are many possibilities for treatment, so the vet should be in charge of finding the best one for your dog according to his age, breed and size (and also so that it is not excessively expensive if necessary):

It is advisable to take the new members of the family to a consultation with the veterinarian before taking them home, especially if we have other dogs. This way we can rule out mites and avoid other animals from becoming infected.

If the dog is already an adult and has mites, he may have some allergy or intolerance, so it is recommended to consult a dermatologist.